The Hall of Shame Finale: DEVO's Whip It! 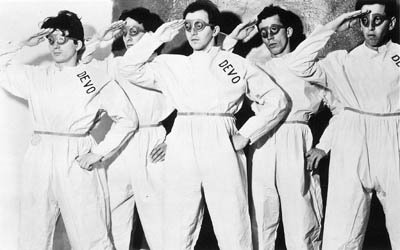 Yep. I liked that song back in the day, 'cos, like, I thought DEVO was totally awesome! I read DEVO's press. I was aware they made considerable reference to S&M practises -- were, in fact, quite fixated with S&M practises. They parroted the punk party-line on this issue: "Modernity has so alienated us from each other, we have to resort to..." blah-de-blah-blah. Malcolm McLaren recites the self-same hooey in The Filth & The Fury, only this time Julian Temple frames it in such a way that the joke is on McLaren.

These days I prefer Temple's sly dig at McLaren to DEVO's sly digs at its smarty-pants audience. So please don't play "Whip It!" in my presence. And don't EVER re-run that heinous "Swiffer" ad!

Candidate #4 for my Musical Hall of Shame

Tags: DEVO Whip It!
Posted by Whisky Prajer at 11:53 am
Email ThisBlogThis!Share to TwitterShare to FacebookShare to Pinterest
Labels: Lists, Music

WP, Well congratulations for smoking Cowtown Pattie and myself. I found when I was going through the mass of vinyl dreck that I'd remembered as great and then as awful, that the awful wasn't horrid. Songs of Shame that I had counted on, quite honestly, drew me back to some old days that I could not resist. Yes, yes I will finish my list of five; I'm just surprised how long and hard it's been.

You, on the other hand, seemed quite speedy in relieving yourself of the 5 albatrosses hanging around your neck. Has the load been lightened?

Yes, it has. Just this weekend I was telling my brother that this act of confession has indeed been good for the soul. But as you can probably surmise from this post's brevity, the last song was a bit of a stretch for me. I don't think I could have managed a sum greater than five.

Whip you, more like it...I think I can still crack one...

But Girl U Want just rocks. Rocks, I tell u! 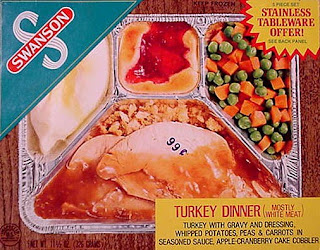