2018 began with a bang, for that vestige in the West still vested in New Testament studies. David Bentley Hart (US American, Orthodox) took it upon himself to issue his personal translation of the New Testament; N.T. Wright (British, Church of England, with his own translation on the market) took it upon himself to throw a little shade on the project and the man. Hart's response was . . . predictable.

Anyone who enjoys watching a couple of erudite blowhards flame each other will find this to be high-octane entertainment indeed. Both dudes are deeply learned, of course. That they've greatly benefited from the US church's appetite for swallowing whole any pronouncement spoken (or, in Hart's case, written) with a British accent shouldn't be held against them -- but, I confess, I do. Hey, Johnny Rotten's got the accent and is a wanker of the first order -- you're in highly esteemed company, Perfessers! Long may the flaming continue.
The Apostle Paul (née: Saul of Tarsus) is the sticking-point for these gentlemen, as he is for most modern readers and more than a few ancient ones as well. Wright has helped me come somewhat to terms with Pauline thought, but he didn't make it easy -- I found Wright's "layperson guides" circuitous and baffling; his pro-scholar stuff slightly less-so. Wright would probably shudder, but this is what I took away from the protracted exercise of reading him.

And Hart would probably clap palms to scalp in dismay, but that's pretty much what I'm getting from his POV on Paul as well. In any case, where Wright is working to encourage and uphold, Hart is working to rekindle the provocation of the original texts, and sow a little holy mischief in the process -- and I'm kinda diggin' it. More later, perhaps.

Links: Christianity Today coverage.
Posted by Whisky Prajer at 11:06 am 3 comments:
Email ThisBlogThis!Share to TwitterShare to FacebookShare to Pinterest

"It keeps me young!" And other weirdness.

I'm trying to figure out why this video makes me glum.
Hey, it's their song -- they came up with the guitar riff (which is catchy as hell) along with all the rest of it, they have the absolute right to play this song into the ground. They appear to be having fun, I'd say -- that's good, no?

Still and all, the optics depress me. And maybe that's 100% my bad -- I enjoyed the Led Zeppelin one-off a couple of years back. They'd have been roughly this age. Happily for them they're still trim dudes with manes of hair intact.
Another element at play is the "bubblegum" nature of Foreigner's work, in contrast to the "serious" content vis-a-vis the "rock gods" of Olympus. Bubblegum is for kids; seriousness is for adults -- I've swallowed the lure, alright.

I dunno. Anymore if I want some re-connection with my own increasingly distant youth, I turn to Nat King Cole. I was probably 30 when I picked up the first CD, which is that "optimum" age for a guy -- young enough to glory in strength, experienced enough to make a good first impression, and moving gently with intent toward a horizon where memories should be (he hopes) predominantly pleasant.

Posted by Whisky Prajer at 8:37 am 2 comments:
Email ThisBlogThis!Share to TwitterShare to FacebookShare to Pinterest

A recent forehead-slapping moment: how many in-depth Ideas episodes did I listen to (over how many years) before I approached Google and asked, "Uh . . . does David Cayley have, like, a website or something?"

Answer to first question: probably three series' worth plus an individual one-off, making a total of 15 hours (if I count only the first listen and discount subsequent returns). 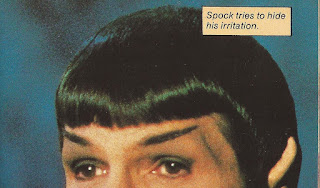 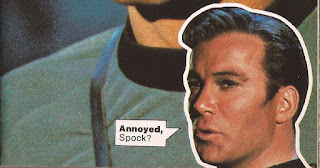 Although Mr. Cayley is in arrears in his blogging, 2016's "The Apocalypse Has Begun" seems to gain pertinence by the hour. But it is his archive of podcasts that is the true treasure to be mined. I've sung Cayley's praises for introducing me to René Girard and Charles Taylor -- I see now that not only is Cayley responsible for introducing me to Ivan Illich, he has another 10 podcasts that are further devoted to the man and his thought. I hope to get to those soon, but first I need to catch up on Northrop Frye, George Grant and . . .

But why go on? David Cayley is now among my "Intoxicants" -- an induction long overdue.
Posted by Whisky Prajer at 11:55 am 2 comments:
Email ThisBlogThis!Share to TwitterShare to FacebookShare to Pinterest

A scene in the family kitchen, from about seven years ago -- supper is finished, the dishes are being washed by my adolescent daughters so they get playlist privileges while my wife and I tidy up around them.

I roll my eyes.

Me: "It just gets to be a bit much after a while."

Me: "Well, I have my problems with this female pop singer."

Her: "Shouldn't we sometimes listen to music that challenges us?"

Me: "I think I've been challenged sufficiently, thank you. Skipping to another song would be nice. Preferably something not on the Glee soundtrack."

Her: "You think it would be better if everybody liked what you liked and didn't give you grief about it."

Her: "We should just listen to your music, all the time."

Me: "Wait, pause the game! That is not at all what I am saying. Let's trade places for a moment. Let's say I'm the breadwinner, and you're the one at home -- only with two boys, ages 10 and 12. And ever since the older boy turned 7 all the two of them ever listen to is AC/DC. "Hells Bells" "Thunderstruck" -- five years later they never get tired of it, that's what they listen to when they wash dishes, when you drive them to hockey or a sleepover, you name it. Nothing else pleases them. You're driving, you say it's your turn to choose the music, and they just stare moodily out the window. But then you put on "Who Made Who" and suddenly they're both singing along -- again."


Her: "That would get to be a bit much after a while."


Alright, let's move on to this bozo.
I'd rather take the piss than defend him, yet here we are. Full quote:


I think music has gotten very girly. And there are some good things about that, but hip-hop is the only place for young male anger at the moment – and that's not good. When I was 16, I had a lot of anger in me. You need to find a place for it and for guitars, whether it is with a drum machine – I don't care. The moment something becomes preserved, it is fucking over. You might as well put it in formaldehyde. In the end, what is rock & roll? Rage is at the heart of it. Some great rock & roll tends to have that, which is why the Who were such a great band. Or Pearl Jam. Eddie has that rage.

If your social media feed hasn't yet apprised you of the situation, go ahead and Google "Bono" "girly" to see just how much flak he's caught for saying this. And granted, "very girly" is not the wisest choice of words at this particularly fraught cultural moment. But his larger observation, however clumsily expressed, is worth consideration.

You need to find a place for young male anger. I'll sign on to that. Adolescent boys have cauldrons of anger in 'em, and it can't be helped -- they're flooded with testosterone and dozens of other crazy-making hormones that keep them from thinking straight. Here in the Enlightened West the tribal rites-of-passage that once goaded young hotheads past the breaking point and into acknowledging the necessity of the mature warrior committing to communal and maternal expressions of masculinity have been all but abolished. Now take away the circle-pit and see what happens next.

Anyway -- parents of adolescent boys, please enlighten me: are they listening to AC/DC? U2? Katy Perry? Whatever it is, I imagine it gets to be a bit much after a while. That's just the way it goes when you're a mature adult, putting in the work and listening to what others are after.
Posted by Whisky Prajer at 10:36 am 2 comments:
Email ThisBlogThis!Share to TwitterShare to FacebookShare to Pinterest
Newer Posts Older Posts Home
Subscribe to: Posts (Atom)