I've been helping the elder daughter with her college application. And I have to say: I find it rather gratifying to see that, even with all the giant leaps in technological interactivity, admissions bureaucracy remains as bafflingly arcane and in need of direct human-to-human communication as it did in my day.

Much -- much -- has changed, of course. As late as 1989, getting admissions applications ready was a matter of physically pulling your file from a filing cabinet and assuring not just the admissions officers but yourself that the requisite paperwork had been satisfactorily completed and received.

Nearly the entire process is digital, by now. However, the concern remains the same -- and so the applicant and the officer once again "pull up your file," only this time on a screen. And face-to-face gets things done faster and with greater assurance than p2p, or over the phone.

For the kid, it's just an early lesson in how post-secondary works. Get used to being the final word in Quality Control -- 'cos that's just how it's going to be, for the rest of your life.
Posted by Whisky Prajer at 2:54 pm No comments:
Email ThisBlogThis!Share to TwitterShare to FacebookShare to Pinterest

2014 -- I wrestled with my inner Pagan. In fact, I committed so much public energy to the matter, I felt compelled to apologise. It's still fresh to me, so the matter gets its own category. 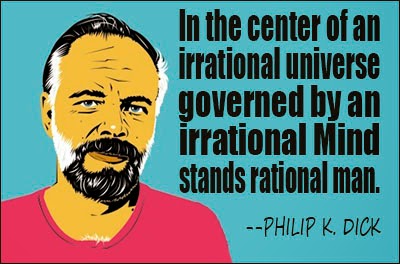 Posted by dpreimer at 3:30 pm No comments:
Email ThisBlogThis!Share to TwitterShare to FacebookShare to Pinterest

"I'm done performing," she said. "I'm going to take my best crack at song-writing, and if that doesn't get traction in the next 18 months, I'll go into real estate."

She was in her early 20s, and already a stand-out blues singer. I was a pup, and quite smitten, but in this early conversation she revealed an unsettling, steely resolve toward life's difficulties -- steelier than that of yours truly, by quite a margin. Several health episodes left her hearing badly on the wane, so she was finished with the stage. As for the song-writing . . .

"You write a song that's good enough, anybody can sing it and sound brilliant," was her take. Case in point (she said): Cyndi Lauper singing "True Colors."

A couple of years later, I was working next to a guitarist-by-night. The radio was on, but not too loud, and my normally taciturn work-mate suddenly blurted, "God, but that Prince knows how to write a song, dun he?" I stared at him. We were listening to Sinéad O'Connor.

Prince was the full meal deal, no question. I was never a fan, but I've yet to meet a musician who wasn't in awe of him. Prodigiously talented, with an inerrant ear for staying accessible, possessed of one of those staggering personalities that changes the mood of an entire room -- even one the size of a stadium -- the only reason I bother acknowledging the obvious is . . .

. . . now that he's dead I find I'm wishing I'd made the effort to see him in concert.
Posted by Whisky Prajer at 9:35 am No comments:
Email ThisBlogThis!Share to TwitterShare to FacebookShare to Pinterest

2013 -- the year of Donald Duck, Sylvester Stallone -- and Anneken Heyndricks. (It's all spurr-chall.) 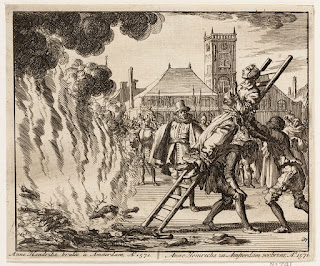 Music
Movies
Life
Posted by dpreimer at 6:56 am No comments:
Email ThisBlogThis!Share to TwitterShare to FacebookShare to Pinterest

Lovecraft Country by Matt Ruff
My rating: 3 of 5 stars

Matt Ruff's theme becomes clear very quickly in this novel twist on Lovecraftian motifs -- when it comes to existential peril, Americans of colour face direr consequences when confronted by their country's white citizens than by any encounter with the Ancient Ones and their various ephemera. Ruff's juxtaposition is persuasive -- so much so that his characters' experience of Lovecraft's tropes is almost blasé by contrast. This strikes me as an opportunity lamentably missed, but emotional mileage will vary from reader to reader. In the end it's thought-provoking entertainment, akin to the better episodes of Star Trek: The Original Series.

Posted by dpreimer at 7:45 am No comments:
Email ThisBlogThis!Share to TwitterShare to FacebookShare to Pinterest

Yikes -- what was I drinking in '12? There's heaps of posts that seem to stand well -- and this is but a smattering that's been culled as mercilessly as possible.

Highest of the Highlights: The Prairie Cemetery, parts I, II, III; Postcard From Maine; Father(s) and Daughter Gone Haywire; The Monks' Bad Habits. 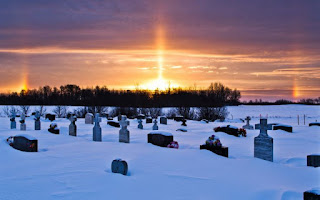 Books
Movies/Television
Music
Posted by dpreimer at 10:34 am No comments:
Email ThisBlogThis!Share to TwitterShare to FacebookShare to Pinterest

The Dineen Building, at Adelaide and Yonge Street

The Dineen Building in Toronto is emblematic of the challenges facing the city's most aesthetically contentious commercial strip -- downtown Yonge Street. This is what it looks like (as of last Saturday): 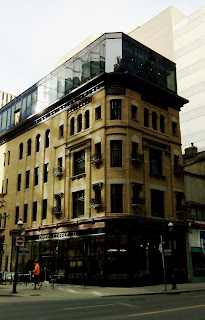 Clearly, someone has invested a great deal to bring this heritage building into the current millennium.

That "someone" is Clayton Smith of the Commercial Realty Group. I'm not fond of the glass enclosure at the top of the building, but otherwise I'd say Smith's architects (George Robb/George Popper) have done exemplary work.

Here's another shot (different digital "filter"). Notice the closed discount shoe place to the right (the north side of the building, both facing east). 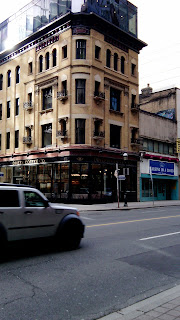 If we continue south down Yonge Street, we see further restoration/upgrade efforts of a similar commitment under way. 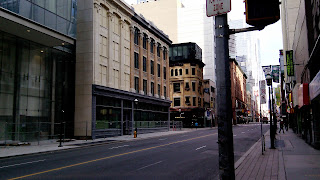 Crossing the street and facing east, we have this to look at:

This is typical of this portion of Yonge Street, which begins at the south at Front Street and extends north to Bloor Street. The majority of store fronts suggest relatively low rents, and shelves stocked with goods that have "fallen" off the back of a truck.

Even after Queen Street "gentrified" into just another Mall of America, there is no shortage of these sorts of enterprises or commercial districts in Toronto. It could be argued that just about any North American down town is similarly populated, but what is notable about this particular stretch of Yonge is its proximity to Bay Street, and the vaunted TSX. It's been some years since I was last in NYC, so you tell me: are there discount shoe stores and sports nutrition franchises flanking Wall Street?

That building housing "Popeye's" caught my eye, as well -- though not for complimentary reasons. I wondered if, with its reliance on concrete as a means to an aesthetic end, it was an example of "Brutalism." If so, it would be a very early entrant -- this is the Lumsden (now "Dynamic") Building, built in 1910. 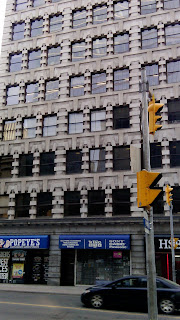 Here is some history of the Lumsden Building. I'm not as taken with the Lumsden as the author, but there's no denying its fascinating history (Turkish bath in the basement!), or the imprint it leaves on the immediate neighbourhood. As is, it poses direct aesthetic challenges to its surroundings, and the current attempts to rejuvenate aesthetic appeal and interest.

Here is a profile of Clayton Smith, prior to the Dineen's improvements. The restoration won honourable mention in the 2013 Heritage Toronto Awards. Here is the Dineen Coffee site.
Posted by Whisky Prajer at 2:53 pm 3 comments:
Email ThisBlogThis!Share to TwitterShare to FacebookShare to Pinterest

I was downtown Toronto earlier this week, walking from one old haunt (the bookstore) to another (the University of Toronto). As I gawped at the various changes taking place -- old buildings leveled and dug out, basically, to make way for new condos, etc -- my eyes settled on the recently renovated Harry Rosen flagship store, at 82 Bloor West. 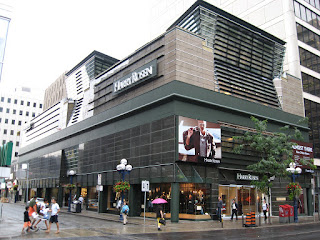 I admire it. Unfortunately, I didn't take any pictures (this one is from da webz) -- so I can't quite communicate what makes this particular face-lift (via architects Ron Shieh and Tony Ng) so visually effective in its given neighborhood. But it stands apart from the surrounding architecture without being garish or thumb-in-yer-eye about it. It's handsome and up-to-the-minute in its lines, without being stylistically confrontational. Stately and snappy -- pretty much the physical embodiment of the interior contents, really.

I hope to get back to this, but for now I'll wish you a happy weekend -- WP/dpr

Posted by Whisky Prajer at 9:56 am 5 comments:
Email ThisBlogThis!Share to TwitterShare to FacebookShare to Pinterest

Much of 2011 was devoted to cobbling together a Grade 9 soundtrack that, when all was said and done, only a cobbler such as myself could love.
My favourite posts from this year are Pokemon, Herzog and Recording Artists v. Marginal Utility.

Posted by dpreimer at 9:44 am No comments:
Email ThisBlogThis!Share to TwitterShare to FacebookShare to Pinterest

Scads of long-reads to recommend, this week -- most of them from The Los Angeles Review of Books (when they get on a roll, hoo baby).

Wishing you a happy weekend -- WP/dpr

Posted by dpreimer at 10:23 am No comments:
Email ThisBlogThis!Share to TwitterShare to FacebookShare to Pinterest
Newer Posts Older Posts Home
Subscribe to: Posts (Atom)