The great stadium preacher of the 20th Century has passed away, and now the great dispenser of sacred public opinion is weighing in with an even division of "Likes" and "Dislikes." To some he is a saint; others pillory him as, at best, an unwitting political stooge.

I have my own, largely conflicted, thoughts regarding the man and his life's work -- I may yet get around to telling of my single encounter with him. But this is not about that. This is about the nature of public opinion.

Funerals are enlightening experiences, for those who pay attention. When my friend's pious father passed away the kids jumped at the opportunity to get in the last word. In their eulogy they noted how, in his later years, he slowly transformed from being reflexively judgemental to being a man of consideration and compassion.

I thought, Jesus -- here's hoping the kids can manage the same trick.

There isn't a parent alive who doesn't believe in a Hell of one sort or another. The bulk of my childhood Sunday School class grew up to believe the worst Hell imaginable occurs when Fundamentalist Dogma gains a stranglehold on human imagination. They're only half-right (doesn't anybody read Nietzsche anymore?), but the limited scope of appraisal and perspicacity that brought them to this conclusion is an understandable self-hobbling.

It is even forgivable.

Luther's corpse takes a whipping from me on this blog, but I am grateful to him for the following exhortation: "Be a sinner, and sin boldly -- (etc.)"

If you're having trouble with that, watch Archie and Meathead trapped in a storeroom -- again.

Posted by Whisky Prajer at 9:07 am 7 comments:
Email ThisBlogThis!Share to TwitterShare to FacebookShare to Pinterest

A curious development in Star Wars fandom -- a very loud and possibly large contingent of us actively wants the forthcoming Solo: A Star Wars Story to bomb -- dreadfully.

Sez Joe Vargas of The Angry Joe Show, "I was thinking maybe if it does bad, Disney will be smarter with how they do these future things." (Joe should realise, I'd hope, that this has never been Disney's business model. When a franchise under-performs -- and they set the metrics, remember -- they drop it and bury it and walk away. Where's that Home On The Range ride we were expecting in Frontierland?)

Joe's is a mild utterance -- almost benign, were it not for its evident passive-aggressiveness. Here's the stronger stuff, courtesy Dani Di Placido for Forbes: "I want Solo to bomb spectacularly at the box office, mercilessly mauled by critics. I want an army of furious Star Wars fans out in force, furiously Tweeting with their finger firmly on the caps lock button, launching wave upon wave of angry reaction gifs. [It] doesn’t matter how good the film is, frankly, because I hate the idea [emphases mine]."

The idea alone merits unfettered vitriol from the masses -- maybe I'm out of step, but I think it's fair to slot this sort of emotional response in the "irrational" category.

Moving on to another, uh, beloved franchise, here we have Amelia Tate's New Statesman article, "J.K. Rowling created an army of liberals – now they are turning against her." It seems to one very loud and possibly large contingent of Harry Potter fans that the author might not be quite as "woke" as the characters she introduced to the world, and thus is an artist to be publicly renounced by one and all.

Most readers over the age of 50 (and, I would normally have hoped, over the age of 20) understand that authors of beloved works are almost sure to disappoint when encountered on the street. In fact, for most of my life it was understood that our most popular authors were truly odious people whom you hoped you'd never encounter personally. Now it is the authors who need to look out, because their readers are all a bunch of Annie Wilkeses.
This all seems of a piece with the current political moment, which manages to invoke feverish rantings from all sides -- including, most grievously, the side I've habitually cheered on and stumped for.

I've been yacking a bit about this with Prairie Mary -- here's an excerpt of an email I wrote in response to CULTURE SHAPES NATURE:


The current politics are indeed profoundly weird. What I find especially bizarre/fascinating/abhorrent is all the "virtue signalling" involved. In my lifetime I can't recall this level of fervently expressed moral absolutism coming from anybody but the Religious Right. The Left has always had its causes, but the general tenor of its evangelism was usually of the "Put yourself in their shoes" variety -- the liberal ideal we learned from being wide and deep readers of Important Texts.

Now the Left has wholly embraced the tactics of the Right: there IS a moral order, and anyone who questions it is a troglodyte, or worse. I do not see this drum-beating marching the mob in a happy direction.

It's simplistic of me to say, but my sense of the generational attitude among those of us who came of age in the 80s was "We're figuring it out, just bear with us." Exceptions allowed for, of course -- I was a pious and socially docile youth for most of that decade. But we'd witnessed the razing of mores in the 70s, watched as families split up and reconfigured in unusual formats, fended off (with varying degrees of success) the adult solicitations for sexual favours while we were still pre-teens, mostly steered clear of drugs that weren't visibly rooted to the soil, etc. Sometime in the last 30 years there occurred a "Eureka" moment, I'm thinking probably among the post-modern set I left behind at the University -- THIS is what is morally acceptable; THIS is absolutely NOT -- and I missed it. I'm still trying to walk it all back and figure out how we got here.

The Hero's Death -- every kid has to live through it and come to terms with it herself, but I think what made the 80s different was the common acceptance that there was an entire tier of Heroes expected to behave execrably. Rock Gods received an absolute pass -- movie stars and the like came close to it also. Famous authors, etc. Rise high enough in the public consciousness and illicit behaviour is approved.

Disappointment occurred when someone was perceived to be a decent person, only to be revealed as the antithesis. Nobody my age thought Harvey Weinstein was a decent guy. Charlie Rose, on the other hand -- he was NPR, so probably not too out-of-whack. So Rose elicits disappointment.

With the kids these days the stakes are so much higher. I was reading this morning that an entire generation raised on J.K. Rowling is disappointed (or more likely incensed) that she is not as "woke" as they. Yeah, but she's my age! And a novelist! She's still figuring it out, expecting the challenge will remain there to puzzle over long after she's laid to rest.

Not so, the kids.

No grand overarching conclusion from me -- I'm still scratchin' my head over it all -- so this is where I sign off. Supply your own conclusion in the comments, should the Spirit so lead.
Posted by Whisky Prajer at 4:30 pm No comments:
Email ThisBlogThis!Share to TwitterShare to FacebookShare to Pinterest

It pleases me greatly to have a couple of features published by The Harvest Commission. 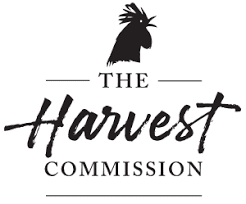 Paying gigs are always nice, and working with this bunch in particular is super-delightful. There is a gentle curiosity at work here, yielding delicious results -- it is a treat and a privilege to throw in with the noble, epicurean cause.

I've got two pieces with them: a bit on local seed libraries, and more recently a meditation on culinary history and my Oma's incomparable tapioca pudding. Please check them out, and do a little exploring while you're there. Oh, also: Brad Long On Butter is an exceptional book -- one of those surprisingly rare cookbooks that makes a revelation of culinary fundamentals. Highly recommended.
Posted by Whisky Prajer at 6:19 am 2 comments:
Email ThisBlogThis!Share to TwitterShare to FacebookShare to Pinterest

"Who's writing the script here?" Following breadcrumbs on the Splinter-Net

POTUS 45 delivered his first State Of The Union (SOTU) address. I paid as much attention to it as I've paid to all the others delivered in my lifetime  — little to none.

But this year it finally dawned on me what this bit of absurdist theatre most closely resembles  — the average person's Facebook feed. Every third sentence uttered elicits a dog-whistle Standing O, hate-clapping, dramatic miens of perplexity, etc. One can only speculate as to what any of this achieves, but one fact is abundantly clear — as with your Facebook feed, the SOTU situates a near ideal triangulation of desire. More about this later, but first some links.
Be well. Be kind.  — WP/dpr

Posted by Whisky Prajer at 10:06 am No comments:
Email ThisBlogThis!Share to TwitterShare to FacebookShare to Pinterest
Newer Posts Older Posts Home
Subscribe to: Posts (Atom)