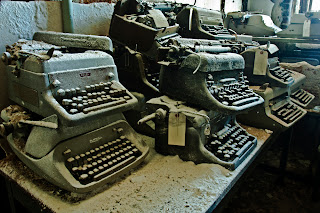 There's little about Aught-Seven that seems worth the look-back, from my point-of-view -- even though I published nearly 200 posts. At the time, a reader e-mailed asking if I was alright, or if something had happened to diminish my snap. Well, yes, "something" had indeed happened -- pneumonia. It embarrassed me -- embarrasses me still -- to get so deflated by a variation of the 'flu, but so it went.

I did music and movie reviews, but most of it has a "If I've gotta say something about this, then I guess . . . " tone to it. The most memorable novel I read that year was The Road, which I hated (still do). After that, I half-heartedly tried to sort out why I liked or kinda-didn't the various items in question, until it finally dawned on me that it was ridiculous to waste my time on anything I wasn't passionate about, one way or the other.

Movies and Music blended together for me that year, with two terrific rock-docs (about mortality, really):

Posted by dpreimer at 8:57 am
Email ThisBlogThis!Share to TwitterShare to FacebookShare to Pinterest

You probably remember where you were when you read your first Jack Chick  pamphlet. Pfft - EC  comics are for babies ! I was in Madge L... 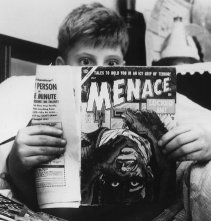