When Mark died, I wasn’t prepared for how deeply it would affect me. I’m not inclined to be sentimental about death. I have a sort of easy-come easy-go attitude, generally speaking. But there was a small group of us that cared very deeply about Mark’s presence on the planet. It wasn’t a question of his personality . . . It was the fact that he was there doing the quality of work and the kind of songwriting he was doing. And known by so few people. [For] those of us who did know him, it seems like he provided a sort of link among a group of us. And when he died, there was a sort of hole there. Bruce Cockburn, reflecting on Mark Heard. 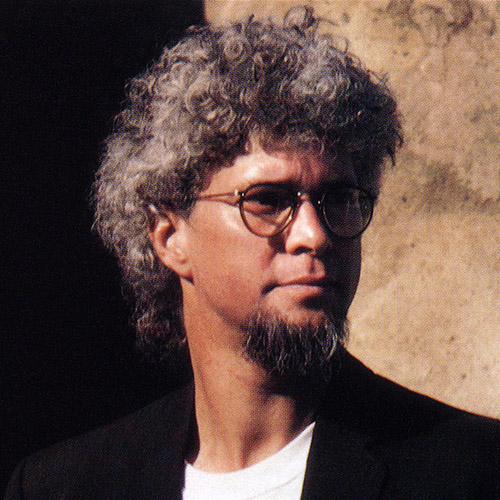 I dropped in on the Christian Humanists last week, and their July 7 podcast on Mark Heard caught my eye. I have a little history with Heard, so I gambled a stamp and gave it a listen.

Los Tres Humanistas do their usual jolly shtick. Their treatment of Heard and his music is thoughtful and engaging, not just laudatory but also critical and even a bit cheeky, without ever succumbing to the dis — in the main an entertaining and commendable job.

I did, however, think it a shame that Matthew Dickerson’s bio of Heard was not read in preparation for the podcast. Then I went online to check availability, and discovered used copies selling for upwards of $50. I guess Mark Heard has finally become a lucrative property, albeit in the out-of-print bio business. (Yo, Matthew: you have this in PDF format, no? Nudge, nudge.)

Anyway, I reread my copy (not for sale, sorry) to see what elements, if any, might have brought a little more depth to the Humanists’ discussion.

Heard was quite the character, as anyone who listens closely to his music can probably guess — idiosyncratic in the extreme, dogged, determined, critical of and entirely impatient with superficial thinkers, fools and phonies. 99% of the Christian entertainment industry falls cheerfully into all three of those last categories. That’s the scene where he cut his teeth, of course, and even when he finally got his feet underneath him as an independent he was never too far removed from the church basement as a performance venue. Needless to say, his creative efforts were beset with endless professional frustrations.

Yet what struck me in this recent reading was just how much latitude Heard was given by the industry to make his music. When he first signed on with Larry Norman, the plan was to market Heard as a down-from-the-mountain, folky James Taylor type. And Heard was originally amenable to that, showing up for concerts and photo-shoots in his hiking boots, jeans and oversize sweaters, and cooking up the Taylor-saturated Appalachian Melody.

Heard’s restlessness expressed itself early, though, and when he skipped to Chris Christian’s label he strapped on an electric guitar and adopted a blues-based style that didn’t really sound like anyone — certainly not anyone who was selling a lot of records. The Humanists (and others) reach for Tom Petty to describe Heard’s sound, but if he’d sounded anything at all like Petty his label would have covered it with whipped cream and maraschino cherries, and broken out the champagne.

No, the truth was he sounded resolutely like Mark Heard. Give “One of the Dominoes” (Heard’s first single for Christian) a spin, and you’ll quickly spot what made Heard unique — and uniquely difficult to market. Melodically it’s a slightly upbeat song in a major key, but the backbeat drags a bit too long to fit either the AOR or rock mode. Nobody is going to dance to this, in other words. And nobody should: the song is a lamentation — worse: a religious lamentation. We’re screwed! And I’m an intractable part of the problem!

But this was what Heard was set on writing, and that’s how he was set on performing it. Which brings me to the other remarkable characteristic evident in Dickerson’s bio: when Heard entered a studio to record, he was 100% intent on cracking the code and breaking out into the mainstream. And when it was in the can, he was 100% certain he’d finally done it. Indeed, one of Heard’s professional frustrations with Chris Christian was Christian’s perceived reluctance to market Heard outside the religious scene.

For Christian, that would have been throwing good money after bad. Heard’s music was always a niche within a niche. His lyrics were too pointedly overt, and his musical leanings maddeningly counter-intuitive. Overindulging the latter inclination led Heard to produce his first independent album, Tribal Opera — a shiny, synthy mess that achieved immediate obscurity (consult Grooveshark at your own peril). 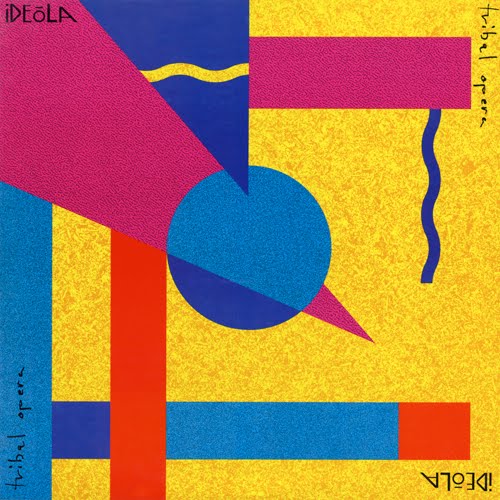 Heard’s was never a particularly sunny personality, and the epic failure of Tribal Opera threw him into a dark stretch of years, when he occasionally intimated he was through making music. Industry folk kept knocking on his door, though, offering production work. Sam Phillips enlisted him as subdued strummer side-man for her travelling show. Phillips’ hubby T Bone Burnett gave him the occasional nudge. Buddy and Julie Miller dropped by. As Cockburn’s comment indicates, the people who cared for Heard, cared deeply.

Finally Chuck Long, an old musician friend who became a trained anesthesiologist to pay the bills, approached him with cash in hand, and Fingerprint Records was born, with a renewed Heard entering the studio to record and produce his last, and best, three albums.

Do these albums “crack the code”? Did Mark lay down something that could, and ought, to bring him mainstream recognition?

He has his moments, particularly on the intimate and understated Second Hand: “Nod Over Coffee,” “Worry Too Much,”* “Look Over Your Shoulder,” are examples of the poetry and anxiety of everyday adult life, and have — or ought to have — a deep, universal appeal. It remains an album I regularly reach for, and the one out of all of his that I recommend without reservation.

As for the other two, I’m not so sure. They are both heavy with Heard’s jeremiads, some of which have aged better than others. They are, for the most part, well-served by his characteristic shift of focus to the personal. But I suspect their appeal, deep as it is, reaches to the hearts of listeners who are intimately familiar with the tradition he comes from: we who consider ourselves Post- or recovering Evangelicals.


I wish it were otherwise, but there it is. I still miss the guy something fierce. Come August 16, it will be 22 years of wishing he were still alive to say something about these seemingly entropic times we live in.

Beautiful write-up, Darrell. Had not heard of Mr. Heard before; I am downloading his "Second Hand" as I type. Thanks for another great name, great talent.

I'll go ahead and apologize for the Tom Petty comparison. Whenever Michial decides we're doing music episodes, I know I'm going to say at least one thing that people who actually know music are going to find unforgivably inane or just plain stupid. I reckon that might have been at least one such remark.

Gentlemen: my apologies for not posting your comments sooner, but I and my family were on the road (when not bobbing in the ocean).

Hi, I stumbled on this because I am also a fan of both Christian Humanist and Mark Heard (younger than most Heard fans - only 28!).

I think all of the last three albums (not just Second Hand - actually Satellite is my favorite), are strong enough musically and lyrically to appeal to a wide range of people if it weren't for his early death and other unfortunate circumstances. Joan Baez, who of course has little or no connection to the evangelical world, has covered him. And for what it's worth I know and work with a music producer who is not a Christian and has been quite impressed with the Mark Heard material I've introduced him to.

Satellite Sky was, for many years, my favorite MH disc. There's certainly no denying the signature sound he finally laid down for it. And of course no one else was writing lyrics like that, not then, not since. Thanks for dropping by!