"Gone from mystery into mystery. Gone from daylight into night."

Heartbreaker #9: Closer To The Light by Bruce Cockburn, from Dart To The Heart. Also One Tree Hill by U2, from The Joshua Tree.

Most of my selections will pertain to our mortal condition, which makes grim sense, I think: we shed our hottest tears over death -- if we're especially fortunate, we get to shed a few over our own.

Before I get too gloomy, though, I'll get noisy. There's baggage for me to lose, and it can be stowed under the rubric of "lamentable rock snob": I'm one of those self-inflated prigs that thinks U2's best days as an artistic unit are long behind them. I'd have been personally gratified if they'd closed their Zooropa tour by shaking hands, clapping each other on the back, and bidding their mammoth audience farewell, allowing each other to trundle off to their respective careers as solo artists and debt-relief activists. Of course, millions of still-gratified U2 fans (and the entire continent of Africa) can flip me the bird on this point: it's a case of what the market will bear, and as a consumer I'm left with the happy option of keeping my change in my pocket and ignoring (to the extent that I can) their post-Zooropa output.

U2's breakthrough album, The Joshua Tree, was released while I was still in the habit of attending my childhood church. We had an old saint there -- a widower -- who could be relied upon to bless the elements and serve Communion. In the whispery remains of his former baritone, he'd proclaim, "The stars gonna fall from the sky -- and I'll see My Honey again!"

The stars gonna fall from the sky. This prophetic metaphor is from The Revelation of St. John the Divine, the final book in the biblical canon and a very personal thorn in my psyche. It takes an unusual consciousness to garner comfort from apocalyptic imagery, like the moon turning blood red and stars falling from the sky. I can't do it, but the old man could. And so could U2: I'll see you again when the stars fall from the sky / And the moon has turned red over One Tree Hill.

I don't know anything about the conditions that spawned One Tree Hill, except for what's provided in the liner notes, which is precious little: a funeral in New Zealand for "Greg Carroll, 1960-1986." Bono seems to rail not just against the untimely death of his friend, but against every wretched horror and injustice that humanity inflicts on itself. I think it is indicative of U2's collective genius that they were able to summon from their grief a depth of outrage that could only be addressed within an apocalyptic form. In any case, it got the waterworks flowing for me in 1986 -- a year of funerals for me. Twenty years later, the song still has the power to speak to me (and I still have the sensitivity to hear it).

I know a little more about the inspiration to Bruce Cockburn's song, Closer To The Light. Mark Heard was a medium-built guy with a comically puffy head (made all the moreso by his unruly curls). When I was a youth, he showed up at different "coffee houses" held in our church basements: he played his guitar and sang his songs while we drank generic pop and snaked our hands toward our would-be girlfriends. At some point I registerd that this guy was singing about some pretty heavy stuff -- heavy enough for me to lose track of the blonde that just vacated the seat beside me. "My heart's taking a beating / Existence is bleeding me dry you know ...." Whoa, dude -- this is not what we typically get in a coffee house!

Fittingly enough, I last saw him perform in 1986. It was the same setting -- a church basement -- but I was older, standing at the back. Mark slouched in, glowered at the floor while the emcee introduced him, then shuffled onstage and fiddled with his guitar and the mics for a few minutes. He seemed to get a little more comfortable, and launched into a song. A few songs later, his eyes were closed and he was singing as if he was the only one in the room. And what he sang was weirdly and incredibly encouraging. This was a man who couldn't stand how awful such a sweet world could be, who almost seemed to want a different God than the one he had, but who sang to this God anyway because he didn't seem to have any choice...

"Maybe those inclined towards the arts are so spiritually retarded to a degree that we must go through the whole process of cathartic expression just to discover how we really feel... Maybe I'm just a selfish maniac who is wasting his time trying to transfer feelings which perhaps no one cares about onto a fretboard and a piece of magnetic tape. Maybe it's the modern petroglyph, or the modern way to write on the wall of your cave: 'I was here.' Maybe it is a cry to God about how much I hate the bad things and how much I love the good things." (Mark Heard's journal, circa 1990)

Ah, but the kids hardly knew what to do with him -- heck, he didn't really know what to do with himself. He kind of dropped from sight for a couple of years after that. Then I got word from a friend of mine that Heard had re-emerged from the wilderness to form his own record label. The man was his own distributor, had developed a bit of a freak-on for the electric mandolin, and was putting out his best music yet.

He'd become a father, which seemed to raise his appreciation of love and happiness as being more pervasive and encompassing than he had previously thought. It also spoke directly to his darkest fears, particularly being orphaned -- physically and emotionally. He was at the top of his game, doing his thing, playing for Sam Philips, opening for Bruce Cockburn.

And then he was gone. Heart attack. Coma. Death. Followed by a monstrous hospital bill for his wife and daughter to shoulder in his absence.

From my perspective (and I think Cockburn's too), his death created an irreplaceable gap in the choir -- the only voice to sing what some of us desperately needed to hear.

Lyrics for Closer to the Light are here. Mark Heard's music can be bought here, or legally downloaded at eMusic. High Noon is a good value and an excellent overview of his very best music, culled exclusively from his last three albums. The journal excerpt is from Matthew Dickerson's 2003 biography of Mark Heard. This is a touching tribute page to MH. And in a lovely fit of synchronicity, I was told today that Steve Bell, one of my favourite Winnipeg-based performers, will be releasing a CD of Bruce Cockburn covers later this month, including Closer to the Light. 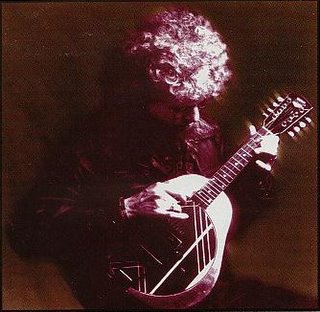 WP, I'd never heard of Mr. Heard prior to reading your choice #9. I was dabbing at the corners just getting through this. A beautiful segue from U2 to a gorgeous paean to Mr. Heard. I don't know if Closer to the Light is a worthy #9 as I haven't heard it, but this tribute will be hard to beat as #1 of your countdown.

time for another box of KLNX.

Thanks, DV. All I can say about the forthcoming songs is things are bound to get a little strange.